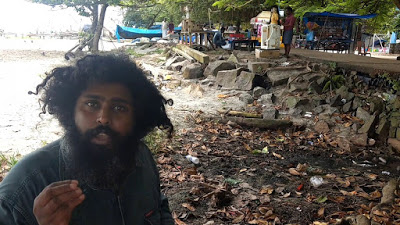 Is  Intelligence Bureau [IB ] of Govt. of India engaging in  Anti National activities & Criminal Activities ? As I am Strongly Supporting   Indigenization  of Defence Products, there are many direct & indirect attacks against me, for many years now.  As  journalists  &   Defence Analysts  from all over India knows, I am a strong supporter of  DRDO, HAL, ADA, BEL, Indian Navy etc.  in their efforts in developing & producing weapons locally in India. Those  journalists attending Aero-India & other Defence events may recall many instances when I did that. In  2015 Aero-India, in the official Press Conference of the then Air Chief Marshall,  you may remember me shooting point blank at him: I told  "Chief, the Indian Air Force is trying to Scuttle the LCA Project. ............ " I was the first one to suggest to ADA that the length of LCA should be increased by 1. 1 m >  LCA Mark 1A  & then again to a 2. Medium Class >  LCA Mark 2.
3 comments
Read more 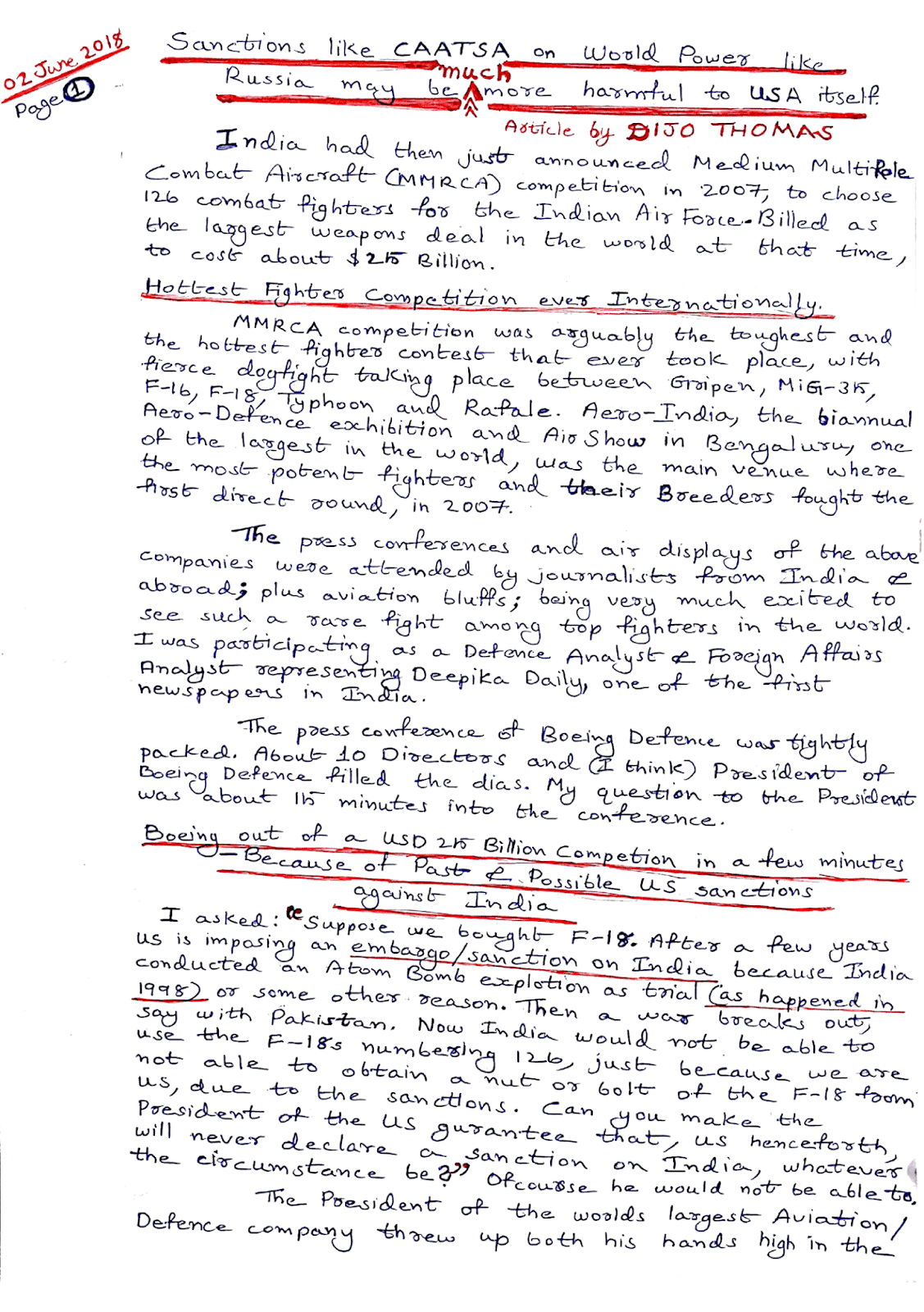 When a defiant President continues unconstitutional actions with external support, D - FARPAE is the solution for Maldives Crisis 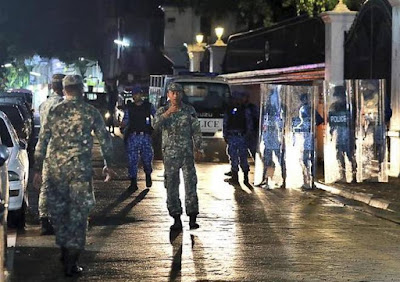 Article by   Dijo Thomas Defence Analyst Foreign Affairs  Analyst Strategic Analyst Scientist Wildlife Conservationist Environment Protection  Activist Human Rights Activist Police Reform  Activist Judicial Reform  Activist dijothomas [at] yahoo.com Published on  16 Feb 2018 When a defiant President continues unconstitutional actions with external support, D - FARPAE  is the solution for Maldives Crisis In a cold morning on 3 November 1988, it was serene day as usual, in my home village near Kottayam, Kerala, except for one significant thing. The usual musical sounds of different hues of bird species in my lush green village was drowned by some bigger birds flying even higher – the beautiful metal birds of Indian Air Force belonging to the An-32 & Il-76 species. Though I was only a class eight student at that time, as I was deeply interested in Defence & Foreign affairs, it was very clear that a lot of military planes meant only one thing – a mili
Post a Comment
Read more

China a Universal Rowdy: Time for World Nations to Rectify that 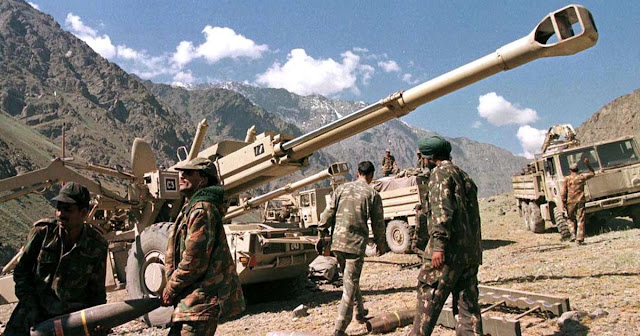 Article by    Dijo Thomas Defence Analyst Foreign Affairs  Analyst Strategic Analyst Scientist Wildlife Conservationist Environment Protection  Activist Human Rights Activist Police Reform  Activist Judicial Reform  Activist dijothomas [at] yahoo.com Published on 01 Jul 2017           China a Universal Rowdy: Time for World Nations   to Rectify that         Though the India-China standoff that has been going for about a month is major news across the world, there are many facts about the conflict in general, and the aggressive nature of China in particular, that stays hidden from the casual scrutiny. Over and above that, there are many more negative facts about China which are intentionally ignored, because of China’s wealth and might, but more because of the hypocrisy prevalent in the western world. Which make the western nations go soft on a belligerent China. Then cry foul when they themselves are at the receiving end. Even though the standoff b
Post a Comment
Read more

Pro-Active engagement is the right action for India in Maldives 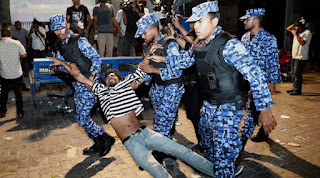 Pro-Active engagement is the right action for India in Maldives Article by Dijo Thomas             Defence Analyst  Foreign Affairs Analyst Indian political leaders, traditionally, were misers in using the Pro-active action and/or Military option, even when warranted. This, even though earned us a label of "Country that stands for peace"; if you analyse in the macro level, were counterproductive most of the time.     Due to this irrational & paranoid aversion for Pro-active action / Military option, even when unavoidable; had led to numerous and substantial setbacks economically, politically, militarily etc. Some of them plague us even today. Maldives itself is a very good example. It is time for us to learn from history and avoid repeating mistakes in the past. When Mohamed Nasheed, Maldives' first democratically-elected President, was unlawfully ousted in 2012, India kept mum.  This eventually led to Abdulla Yameen being elected as the
Post a Comment
Read more 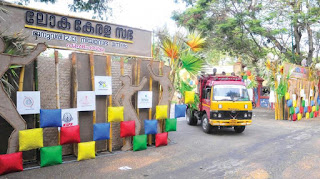 Web:   GlobalIndians.com Thiruvananthapuram: The Loka Kerala Sabha to be hosted by the state government here on January 12 and 13 is meant to ensure the involvement of NRKs in Kerala's development and giving due priority to their issues in the state's policy-making processes. The event to be participated by the elected representatives of the state and  representatives of NRKs across the globe will also chalk out various development plans for the state and welfare initiatives for  the pravasis. The programme  will be held at the  Legislative Assembly lounge. Pooling NRKs’ funds for state infrastructure development through the Kerala Infrastructure Investment Fund Board and introducing a dividend- based investment scheme for NRKs will be among  the schemes that will come up for serious discussions at the meeting. Kerala Pravasi Welfare Fund Board chairman P.T. Kunhi Mohammed said that the LKS was not an event to pool NRKs’ investments. "It is an a
Post a Comment
Read more

Web:   GlobalIndians.com Thiruvananthapuram, Dec 2 (PTI) The Kerala government plans to make Loka Kerala Sabha (LKS), an ambitious initiative to connect Malayalis across the world with their home state, a permanent feature, Chief Minister Pinarayi Vijayan said here today. After a discussion with editors of various media houses in connection with the maiden LKS being organised here next month, Vijayan said Keralite MPS, MLAs, and Malayali representatives in various countries would be part of the platform. "The Loka Kerala Sabha will be made a permanent feature... As many as 351 people will be part of the maiden LKS," Vijayan said in a Facebook post after the meeting. According to official sources, the maiden LKS is scheduled to be held at the Legislative Assembly complex here on January 12 and 13. The state government has envisaged the LKS as a common platform for the cultural, socio-political and economic integration of non-resident Keralites with t
Post a Comment
Read more
More posts